Home » Legal News from the Web » Are Personal Injury Lawyers and Others That Act on Contingency; Bottom Dwelling, Single Cell, Amoebas?

Are Personal Injury Lawyers and Others That Act on Contingency; Bottom Dwelling, Single Cell, Amoebas? 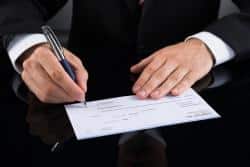 That was the inference aimed towards some contingency fee lawyers by a popular guest on a local, call in radio show.

The discussion was about the recent lawsuit regarding the illuminated “TORONTO” sign at Nathan Phillips Square. We do not know the arrangement of the parties in that case, but intellectual property and trademark law are not areas of practice commonly associated with contingency fee agreements – Although not precluded.

Criminal law and Family Law are the only practice areas (To this layman’s knowledge) not permitted to act on contingency. (Source: http://www.lsuc.on.ca/ContingencyFees/ )

Then, a recent article in the National Post about a Judge reducing a Toronto lawyer’s contingency fee in a medical malpractice case came out and that generated a lot of comment online and in traditional media.

In that particular case, the Judge wished to see more of a $6.6 Million dollar settlement flow directly to the birth injured boy to attend to his life-long care needs. Not only did she reduce the lawyer’s fee, but she also refused the parent’s request for an upfront payment from the settlement of $1.5 million – Limiting the request to $500K.

I think we can all agree with the Judge, the best, long term, interests of the injured boy is paramount. To that end, a point not getting much attention – and to the credit of this lawyer, he voluntarily reduced his original fee from 30% to 25% of the recovery before the judge reduced it further. (To approximately 18% of the recovery if my math is right.)

As you can imagine – Many comments followed. Most, from the general public, demeaning lawyers. Those that act on contingency in particular.

In my humble opinion, such comments come from a place of pessimism, ignorance, and perhaps, jealousy. As anyone who has had the misfortune to require the services of a personal injury lawyer or medical malpractice lawyer knows, having access to an experienced lawyer to advocate for you and your family without upfront cost, is priceless.

Few Canadians could afford to cut a cheque to a lawyer for $20K to $50K (Or more depending on complexity) to help investigate a claim and retain the expert witness opinions to prepare a case. In the absence of contingency fee agreements, that is what we would need to do. Only the upper middle class and wealthy could afford access to justice.

But for that lawyers involvement – What would the recovery be?

So the real question is not, “Are lawyers that act on contingency overpaid?”

Rather, the question should be: “Without the involvement of a highly trained, skilled lawyer – What would the recovery be?”

Zero to not nearly enough is the answer.

Whether you are a sole practitioner or a law firm with offices across Canada, our national online lawyer directory, toplawyerscanada.ca; and our related municipal based lawyer directories, give you the exposure you need in a competitive legal marketplace. Contact us today!