The Internet: Where No One Knows A Lawyer’s Name – The Case For Streamlined Client Intake and the Role of CRM Software in Consumer Facing Law Firms Remember the television show “Cheers” that took place in the friendly neighborhood bar where “Everybody knows your name?”

How many Canadians could reference an individual lawyer by name? Not many is my guess.

You may be hot stuff in legal circles but outside your colleagues, friends and family (Your mother is rightfully very proud of you) nobody knows your name or that you are a lawyer that can help them.
END_OF_DOCUMENT_TOKEN_TO_BE_REPLACED 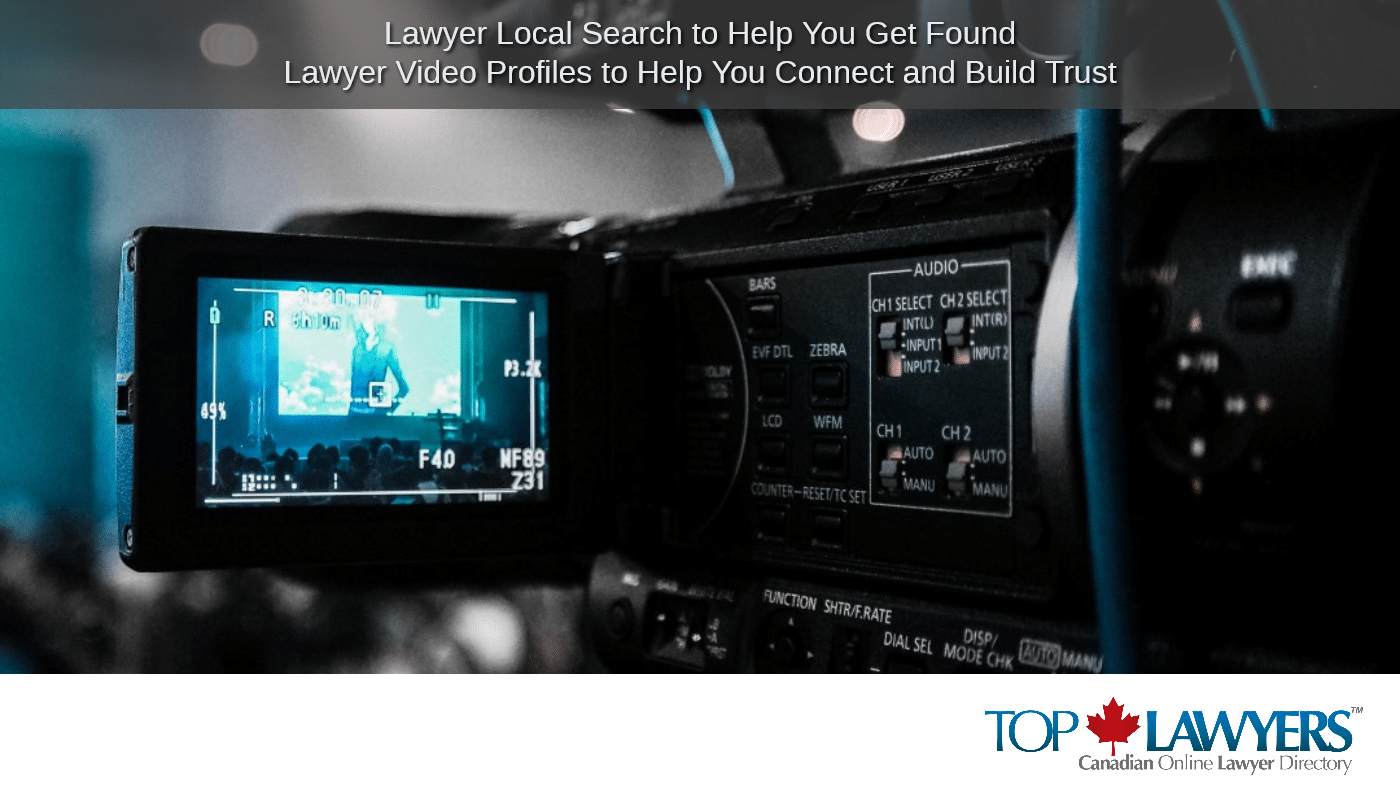 One of the things I love about the Internet is how it beings people together and helps them connect. A few years ago I connected with John Lilly thorough our shared interests in online marketing. John has an extensive background in media and digital advertising and we recently re-connected over a new project John is undertaking – Video Business and Product Promotions through his company, Stream Serve Inc. A niche off-shoot of John’s new business, that dove-tails nicely with Top Lawyers, is creating Lawyer Video Profiles.

Online video is becoming the consumer’s preferred method of fulfilling their information needs. YouTube reports over 1 billion users and captures more users in the age 18-49 demographic than any other cable network in Canada or the USA. (Source: YouTube)
END_OF_DOCUMENT_TOKEN_TO_BE_REPLACED

What can Top Lawyers™ do for you? Why should you join?

What can Top Lawyers™ do for you? Why should you join?

Feel free to contact us. We will be happy to answer any questions you may have. Call 416-988-4529 or visit https://toplawyerscanada.ca to learn more.
END_OF_DOCUMENT_TOKEN_TO_BE_REPLACED 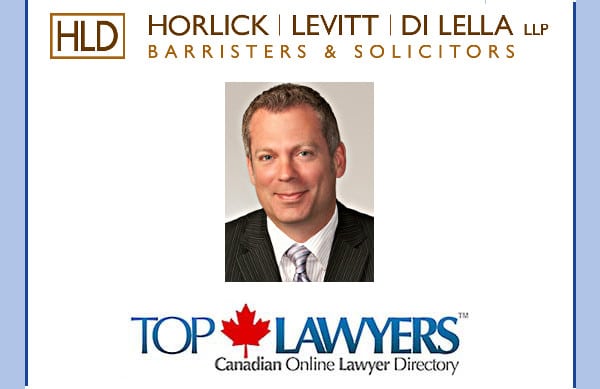 We are delighted to welcome David Di Lella to Top Lawyers™.

Mr. Di Lella is a founding partner of HORLICK LEVITT DI LELLA LLP where he practices civil litigation with a particular emphasis on personal injury litigation and insurance coverage disputes. He represents clients throughout greater Toronto and the surrounding areas.

To learn more about Mr. Di Lella’s experience and how he can help you, or a person you care about, see the link above.

We can help you! Whether you are a sole practitioner or a law firm with offices across Canada, our national online lawyer directory, toplawyerscanada.ca; and our related municipal based lawyer directories, give you the exposure you need in a competitive legal marketplace. Contact us today! 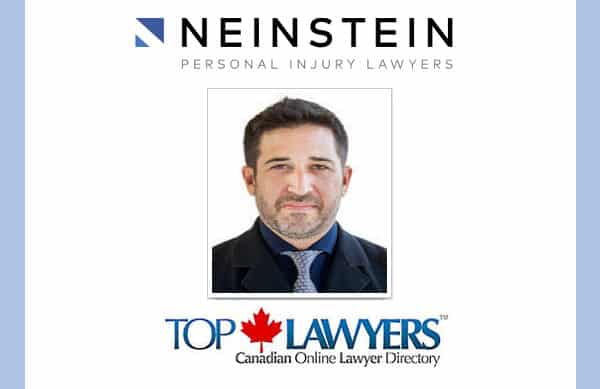 We are delighted to welcome Greg Neinstein to Top Lawyers™ Canada.

Mr. Neinstein is the managing partner of Neinstein and Associates. Located in Toronto, he represents accident and injury victims throughout Ontario.

Called to the Bar in 1999, he is an experience personal injury lawyer, dedicating his practice to obtaining fair compensation for the injured and the disabled.
END_OF_DOCUMENT_TOKEN_TO_BE_REPLACED 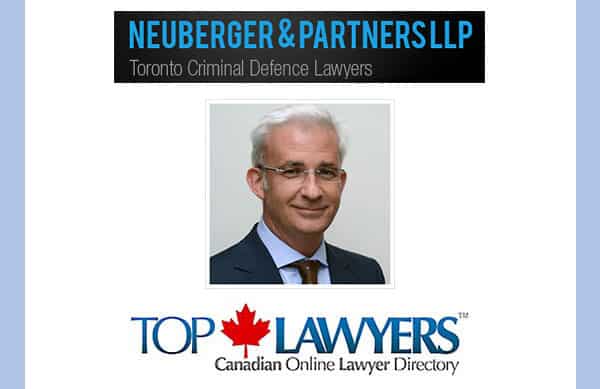 Top Lawyers™ is delighted to welcome Joseph A. Neuberger to the Toronto Criminal Defence Lawyers section of our website.

Mr. Neuberger has more than 23 years of experience handling criminal defence cases. He is certified by the Law Society of Upper Canada as a Specialist in Criminal Law.

He meticulously researches, investigates and prepares for every case and works tirelessly towards achieving the best possible outcome supported by the facts and evidence of each case while delivering the highest standard of service to his clients.
END_OF_DOCUMENT_TOKEN_TO_BE_REPLACED 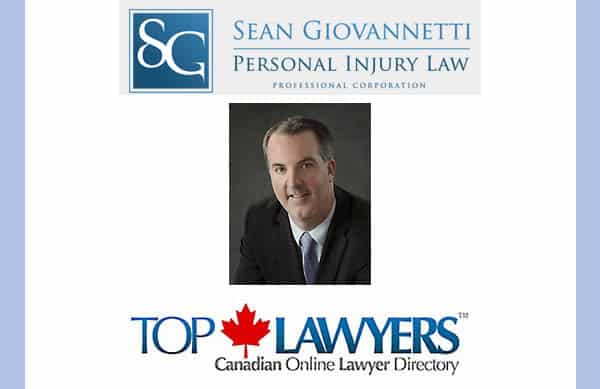 Top Lawyers™ is delighted to welcome Sean Giovannetti to the Ottawa Personal Injury Lawyers section of our website.

Sean Giovannetti has focused his practice on personal injury claims. First, as an insurance defence lawyer and today, as an Ottawa personal injury lawyer that exclusively represents accident and injury victims or Plaintiffs and their families.
END_OF_DOCUMENT_TOKEN_TO_BE_REPLACED

We all love Twitter but did you know anyone can create a list and add you to it? That’s great if you are being added to an interesting or professionally favorable list. Not so great if it’s a list about lawyers who like to kick cats.

Just the other day I saw in my notifications tab someone added me to a list that was pretty smarmy in my humble opinion (though not about cat kicking). My immediate reaction was to disassociate myself and get unlisted – fast. I looked for a “Remove” or trash can symbol to get off the list. Nothing. I looked under “Lists” in my profile settings – It has lists you are subscribed to or appear on, but nothing to really manage those lists.
END_OF_DOCUMENT_TOKEN_TO_BE_REPLACED 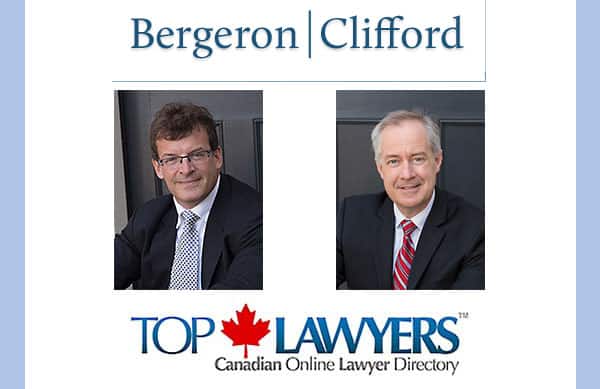 Top Lawyers™ is delighted to welcome Ted Bergeron and Chris Clifford to the Ottawa Personal Injury Lawyers section of our website.

Mr. Bergeron and Mr. Clifford have successfully represented injured clients and their families in the Ontario Superior Court of Justice, Ontario Court of Appeal, Financial Services Commission of Ontario and before the Criminal Injuries Compensation Board.
END_OF_DOCUMENT_TOKEN_TO_BE_REPLACED

Have you met Liam? Watch This Whiteboard Video

Have you met Liam?

Like you, he’s an experienced lawyer in a consumer facing practice and has a proven track record helping clients achieve the best possible outcomes. He’s well regarded within the Canadian legal community and loves his work!

But Liam was concerned about the level of his online visibility….
END_OF_DOCUMENT_TOKEN_TO_BE_REPLACED

Long, Holiday Weekend. Time to be Carefree – Not Careless

Where did the summer go? Here we are at the start of August and enjoying the (in Toronto) Simcoe Day long weekend.

Most people just know this weekend as a civic holiday but are not aware of its real name or purpose – To honour John Graves Simcoe, who founded the town of York, Upper Canada, which later became Toronto.

He was also the first lieutenant governor of the province of Ontario. So there you go.

Speaking of Simcoe… Many of us are heading up to Lake Simcoe and the surrounding areas of cottage country. Others will be enjoying all the festivities going on in, and around the city.

With that in mind here are our safety tip reminders:
END_OF_DOCUMENT_TOKEN_TO_BE_REPLACED

One of Life’s Great Mysteries Revealed (At least to me)

Over the last five years, I have noticed different patterns emerge in our web traffic.

For example, summer marks a sharp increase in visitors to our site seeking criminal defence lawyers. The higher the temperature, the higher our search volumes.

Logically, this makes sense. We are out more enjoying the weather. Staying out later. Interacting and socializing with friends and strangers alike for greater periods of time.

It’s hard to get in trouble laying on your couch under your snuggie during the winter when its minus 25C.
END_OF_DOCUMENT_TOKEN_TO_BE_REPLACED

Tweets by @TopLawyersCDN
Do NOT follow this link or you will be banned from the site!